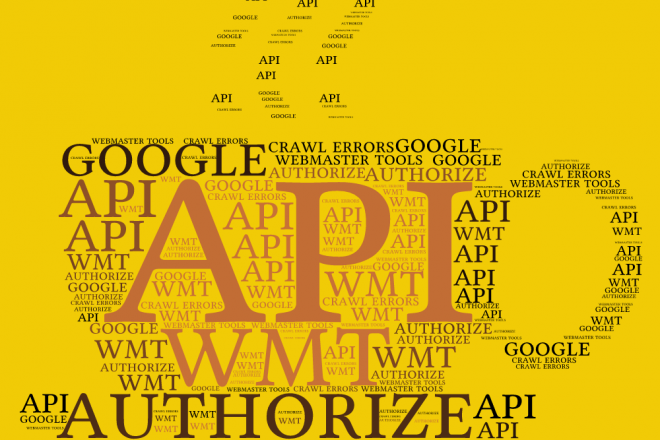 An update in SEO Effect: import monthly data from Google Search Console via the renewed API. This data source is still the best way to solve the ‘Not Provided’ problem. From now on, this only works via the new API and no longer via the SEO Effect ‘WMT clicks’ method. This also means: one less data source to manage!

Just to be clear, many of you will find this update a bit boring and too technical. In that case, jump t0 “Do I need to change something?” below. But among search geeks all over the world, the new API for the Google Search Console rapport ‘Search analysis’ was met with cheers and hurays!.

We were among the first few to beta test this new API and send feedback to the Google team. The old, rather messy, way of importing (named ‘WMT clicks’ in SEO Effect) will be deprecated by Google on October 20, 2015.  Also Google changed the name of Google Webmaster tools to Google Search Console. This is because the tool is not only used for websites but also for apps form the Google Play Store.

So what does this mean for you as a user?

For starters, in an SEO Effect campaign you no longer have to make 3 but , but only two connections.

Previously you had to connect:

From now on you connect:

As a first and sensible step we wanted to assure that the old functionality kept on working as it should before the old connection method would cease to function. With the new API however, we have more options to give you new useful combinations of data. So keep an eye on this blog for new goodies to come your way!

Do I need to change something?

So please open all your campaigns and check the dashboard. If anything pops up, you know what to do. If you see two ticks instead of crosses, you know you are good to go.

Got questions? We’d love to help!

Don't take our words for granted, test the tool yourself! More then 8000 users and counting. No credit card needed, totally risk free!

Co-founder of SEO Effect. Loves the guitar, tinkering and chatting with customers (who always provide input for more tinkering!)

I started out using Moz and SEMRush, but they were too pricey for me when I was just starting o(...)

From the very beginning I could tell I was really going to like the tools available. It's a ver(...)

Don’t miss a thing: Our newsletter.

Tips, SEO news, updates and special offers. If you don't want to miss out, subscribe to our newsletter. We will not mail too often, or not enough, we aim for just exactly right!